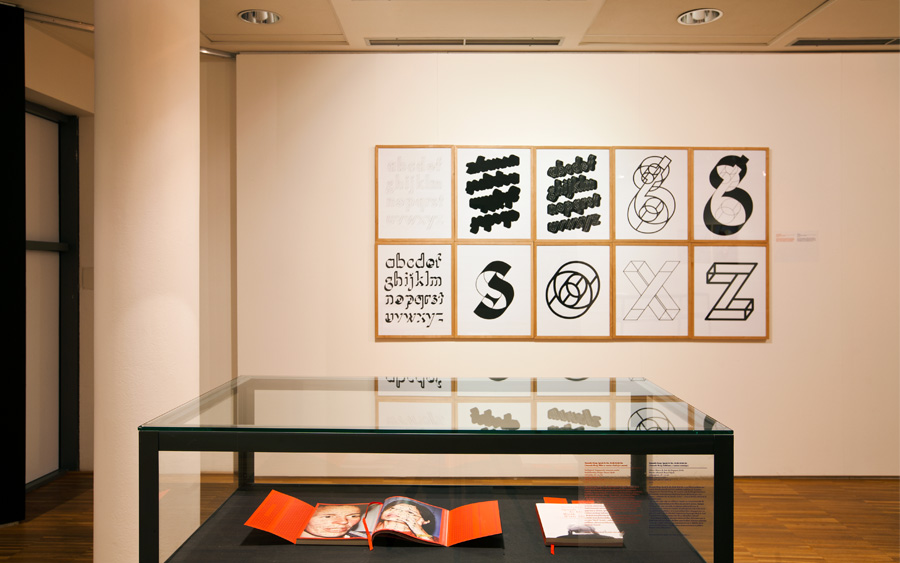 I have been introduced to the amazing design work of Danné Ojeda through the Art Books Wanted International Award 2013 (organized by edition lidu). As a Juror in the competition and as an artists and curator, I had no doubt the book Camino a la Modernidad / The Path To Modernity: Mexican Modern Painting, designed by Danné Ojeda, was the right choice for the Award Best Art Catalogue category. The book obtained the prestigious Red Dot Design Award and other international recognitions. In her creative work Danné focuses mainly on designing books and art exhibitions, often using simple graphic elements and paper to create conceptual meanings and very subtle effects.

When asked to select speakers for the de.sign lecture series, my choice was, again, clear. I was honored to curate her exhibition D-SIGN-LAB. design, pedagogy and curatorial works of Danné Ojeda held at the Instituto Cervantes in Prague and discussed with Danné her art and design approach, in the interview for FONT magazine.

(The interview by Ludmila Favardin, founder of edition lidu). 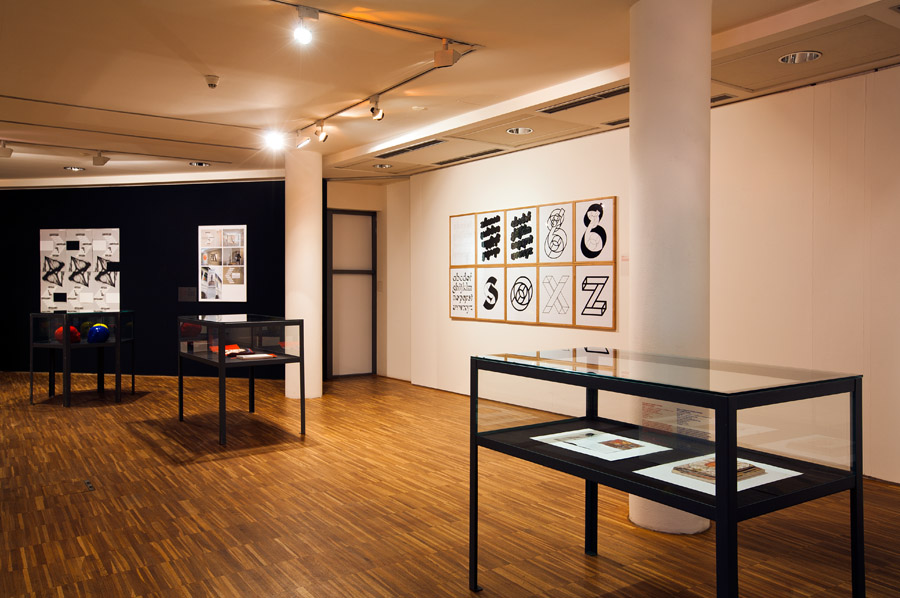 View of the exhibition D-Sign-Lab. Design, pedagogy and curatorial works of Danné Ojeda at the Instituto Cervantes in Prague, curated by Danné Ojeda and Ludmila Favardin, photo credits: Kryštof Blažek

Danné, the exhibition D-Sign-Lab. Design, pedagogy and curatorial works of Danné Ojeda presented all aspects of your work. How do you find balance between the different art and design fields?

My ideas on design, pedagogy and curatorship have been shaped by my educational background as an artist, graphic designer and art historian, along with my professional development in academia and in the industry. Very often all these different ‘personas’ mediate when developing an idea for a research project or a design work. This comes naturally to me.

I must say that my Art History education and research training have been fundamental to the way I face practical work. For example, I tend to think about every work component to conceptually justify every decision. In this respect, I am indebted to both conceptualist and minimalist traditions in contemporary art.

Can you tell us more about it and how these traditions can be seen through the work you presented in the show D-Sign-Lab?

From conceptualism I take the need to analyse and understand the linguistic processes within a visual object. I must stress that I am not suggesting a disregard of the aesthetic and the expressive nature of my work. It is just that the creative aspect within graphic design always implies for me a questioning or a reformulation of the linguistic resources offered by this discipline. Along this line, conceptual art inspires the self-conscious use of my expressive resources and, consequently, a permanent inquiry on what graphic design is.

With regards to minimalism, design has been usually reduced to the strict and necessary expressive elements to support a concept. ‘Minimal’ is also said of the undisguised form, ‘the clean’, or of a design structure from which there is nothing else to remove in the pursue of straightforward communication. Focusing on these characteristics the discourse on the subject frequently disregard two implicit substantial aspects that were present in the genesis of the well-known Minimalist artistic movement in the sixties. The first essential aspect in defining minimal design is that it highlights the primary structures in which design aesthetics lies, in terms of morphology, perception and signification. However, each neat structure is meaningful insofar as it is oriented towards the visualization of the space it creates as a whole. That is to say that the whole is as important as its constituent parts. This is a feature that I usually emphasize in my design work.

Could you exemplify these approaches through a concrete design work?

For example, the concept of the book Scales of Babel is based on ‘performing architecture’. For this, the book at first sight appears as if highlighting its primary structures in order to stress its parts — the white cover of the paper’s surface, the title and its author, plus the folding line of the cover displaced towards the centre. However, these elements can also be seen as allusive to spatial components such as corners, roofs or columns, among other architectonic items that challenge the two-dimensionality of paper by emphasizing the three-dimensional nature of the book-as-object. The pure structure is herein a metaphor of a somehow warped space that changes along with the reader’s interaction with the book.

It is from the previous point that the second aspect commonly overlooked when speaking about minimal design derives: a highlight or a questioning of what design is. Each designed structure, starting from the grid system to the entire page, from the folding line of the cover to the cover itself of ‘Scales of Babel’, is meant to stress an unprecedented functionality of the object book, or a set of relationships between the parts of this book’s structure. And this is present in most of my work. Therefore, for me a minimalist attitude is one of consciousness regarding the linguistic and communicative resources offered by design. 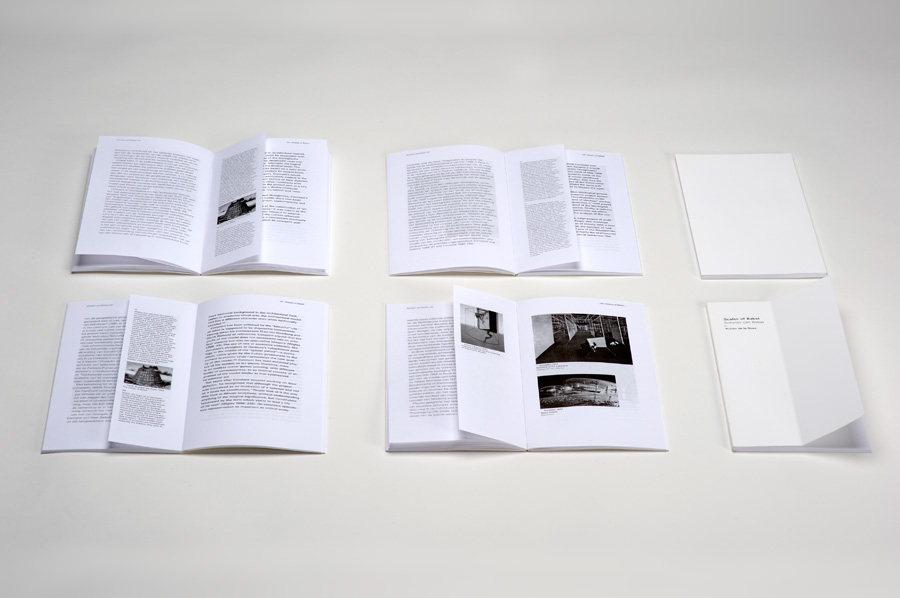 And how pedagogy influences your work at this point?

While completing my MPhil in Art History, I began to teach this discipline in the Higher Institute of Art, in Havana. Core to the teaching practice, there was a heavy demand on research in a number of areas. It was an interdisciplinary environment where the visual arts, theatre and dance, music, cinema and new media interrelated. Then I realized that I enjoyed the research and learning process across disciplines as much as the final result. The developing of methodologies of enquiry and pedagogies for the transmission of knowledge have led to a design practice akin to the idea of laboratorium. These formative years have been instrumental for a design practice understood as a process of thinking-making, research, experimenting and testing through different media, as well as for developing methods of processing and communicating information for the purpose of a specific social assignment.

Furthermore, academia is an ideal scenario for the development of individual consciousness and, consequently, a sense of authorship. This is an important stage before facing the demands of the industry and other social institutions. An academic exercise is, among other things, a process of self- recognition and self-knowledge. It should not be seen as separate from creative praxis. For example, the exhibition D-Sign-Lab in Prague is partially the result of my pedagogical project ‘One and Three Books’ — after ‘One and Three Chairs’ by Joseph Kosuth and the coursework of ‘Art, Design and Sciences’, at Nanyang Technological University, in Singapore. 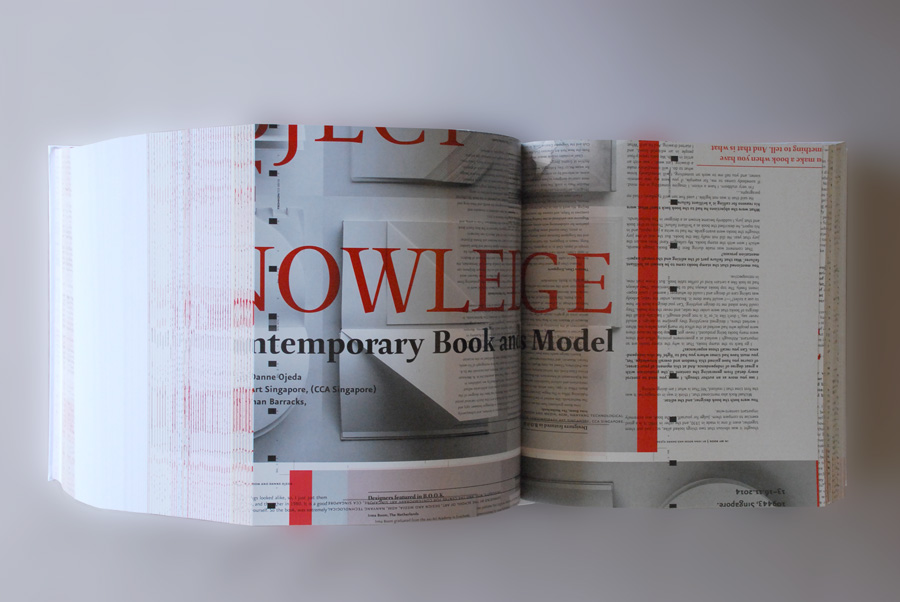 This book is a chair [Book-model for the chairs of the installation Basic Object Of Knowledge [B.O.O.K.]: The Contemporary Book And Its Model], design by Danné Ojeda, 2016 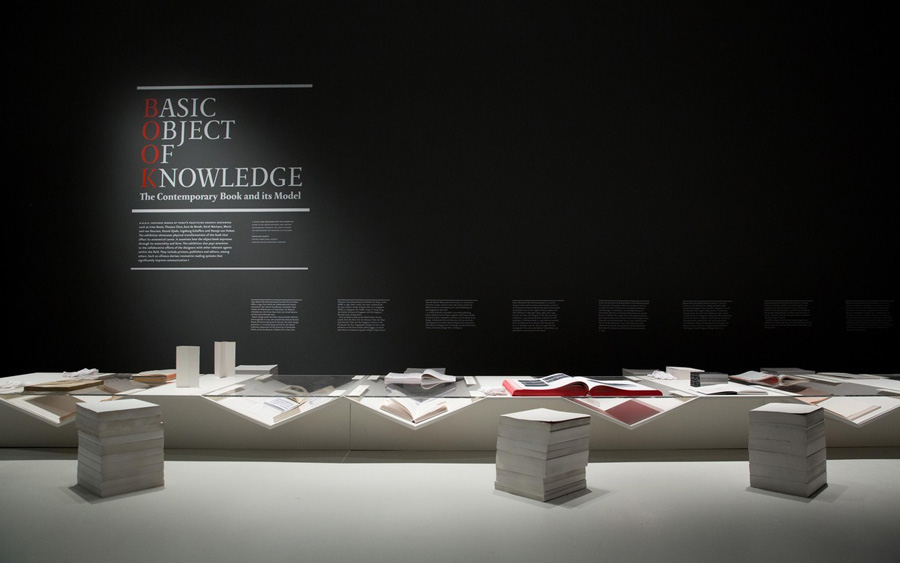 You have been educated within the Dutch design school. You have a Cuban origin and you are working in Singapore. Do you draw inspiration from different cultures?

Unavoidably. My work is a result of who I am and the places where I have been (re)born, have lived and passed by…  I was born and raised in Cuba, and I guess I was given a second life by being settled in The Netherlands for many years, and a third one by working in Asia for also a long period of time. I constantly travel in real or imaginary ways, so my life is a constant crossroad. My family tree includes Spaniards, Africans, Chinese and French, as far as I know. So even from the ethnical point of view I am unable to point to one single cultural background as the one I identify myself the most in terms of my work. 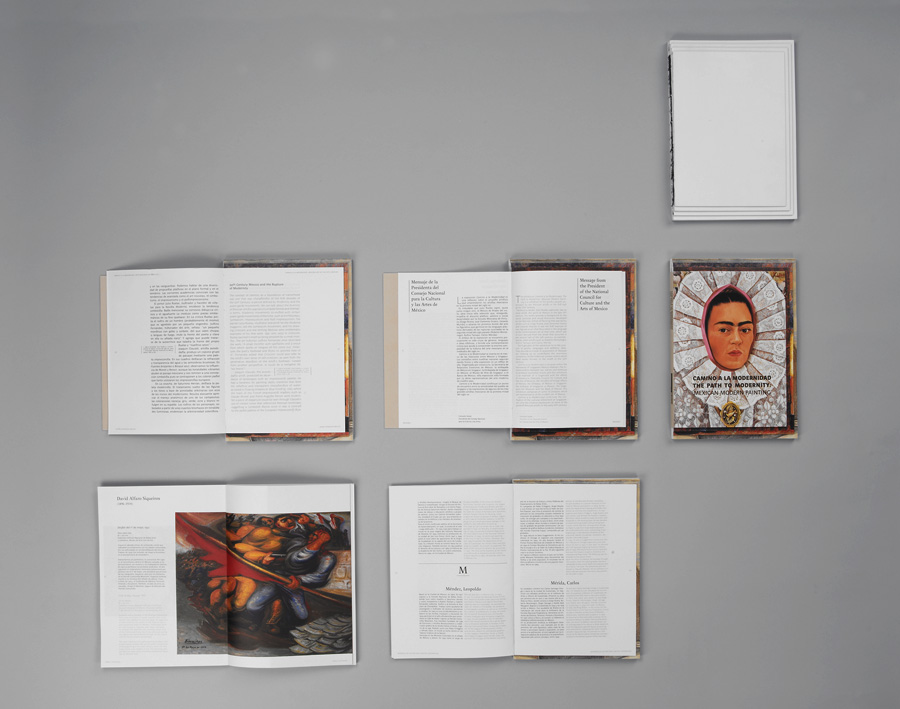 Does book belongs to your favourite media of expression?

Yes, absolutely. It is the material object and medium I feel more comfortable with. I wrote a book before designing one. Hence, the act of designing a book quite naturally became an extension of my own thinking and therefore, my own writings. My ‘sketches’ on book design are composed at first glance by notes, descriptions, bibliographical entries and verbal annotations that gain shape in my mind until I develop the first book scale model or dummy. By the same token I am always interested on exploring what sort of negotiations can be observed between a book as a piece of writing and its wrighting (making). The material and graphic elements in my books (paper selection, binding, layout and so forth) affect the meaning of the book-as-object to the extent of adding essential conceptual elements to the printed word. They transform themselves into ‘words’ that establish a conversation with the textual content. This activity compares to some extent to that of critical reading. In this way, the book establishes an intense dialogue with authors’ identities, including my own. And all these material and design qualities remain like whispers in my books. I often prefer to believe, like Borges, that ‘when writers die they become books, which is, after all, not too bad an incarnation’.

Danné Ojeda (CU/NL) is Associate Professor in the School of Art, Design and Media, Nanyang Technological University, Singapore. Danné Ojeda’ s work engages contemporary communication design, art practice and theory. She was a UNESCO research fellow at the Jan van Eyck Academy, Institute for Research and Production in Fine Art, Graphic Design and Theory, Maastricht, NL. In 2003, she founded d-file Graphic Design Studio in Amsterdam, from which she has mainly worked for and collaborated with cultural institutions that include the Singapore Art Museum (SAM), the Centre for Contemporary Art Singapore, the National Institute of Fine Arts, Mexico, and Bimaris Editions, The Netherlands. Danné has published, lectured on and curated exhibitions related to contemporary art and design. Her design works have been recognized with the Red Dot Design Award: Communication Design 2015, the Gold Award, Singapore Design Awards 2012, and The Art Books Wanted International Award 2013, among others. Her complete publications and exhibition design oeuvre commissioned by the Singapore Art Museum (SAM) was awarded with Asia’s Top Designers Award, Singapore Design Award 2014.

Read more of our interviews here