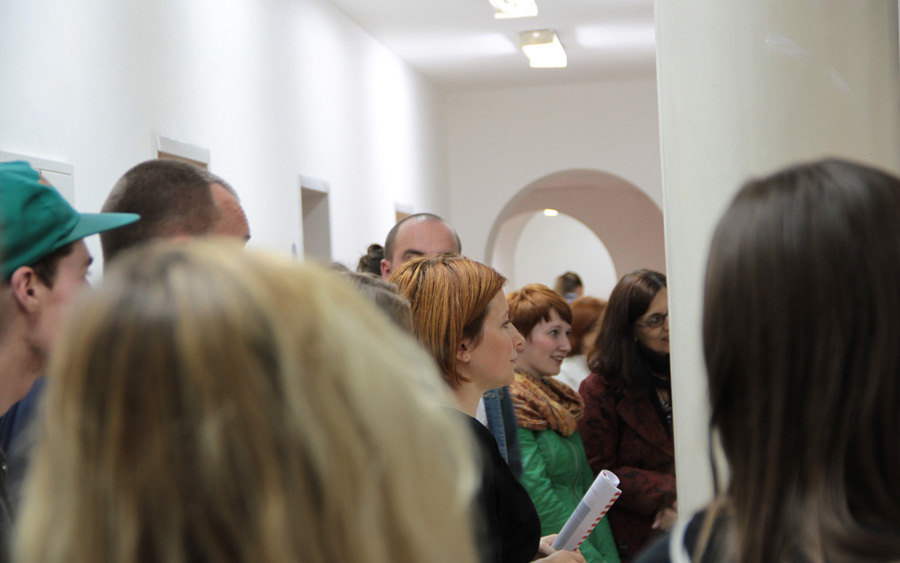 As a part of Openstudio U Minuty, EDITION LIDU has the opportunity to show Award winning and nominated projects of ART BOOKS WANTED International Award 2014. The results were officially announced on 7th October at the Openstudio in the presence of the founders of EDITION LIDU Ludmila and Sylvain Favardin, representatives of the international Jury Lucie Vlčková (UPM Museum / ABW 2013) and Adéla Kudrnová (SOFFA MAG / ABW 2014), international guests such as Dr. Joaquim Ramos (Director of the Portuguese Cultural Institute Camões in Prague, Daniela Dicks (On behalf of Kubista Gallery), Conrad Armstrong (Visual artist and educator from USA) and Jana Opatrná (Curator of FOX Gallery), Catarina Gomes (ABW Total Winner 2014 / Portugal) and many more. 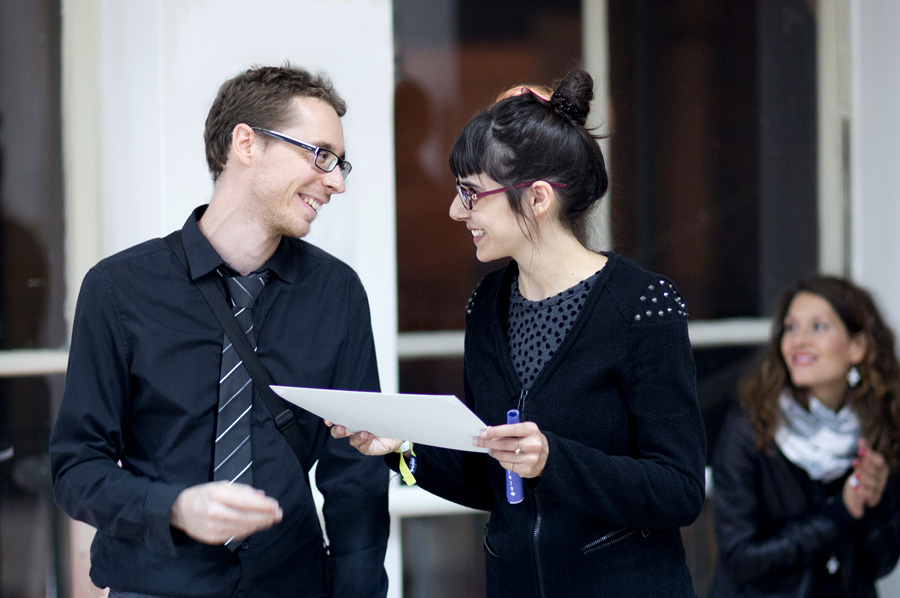 Sylvain Favardin (Founder of edition lidu and co-director of ABW Award) gave the prize for the Best Interactive/Activity Book to Catarina Gomes from Portugal. 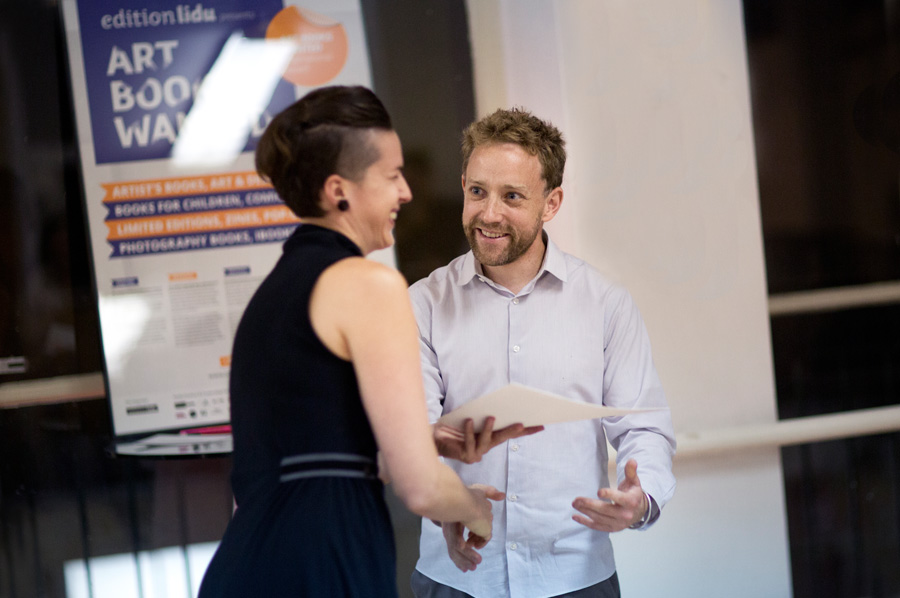 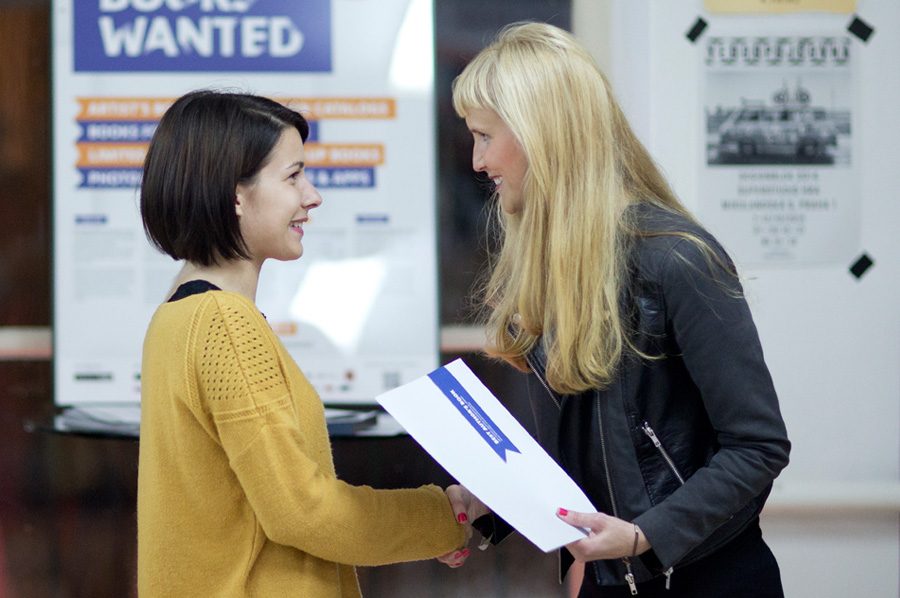 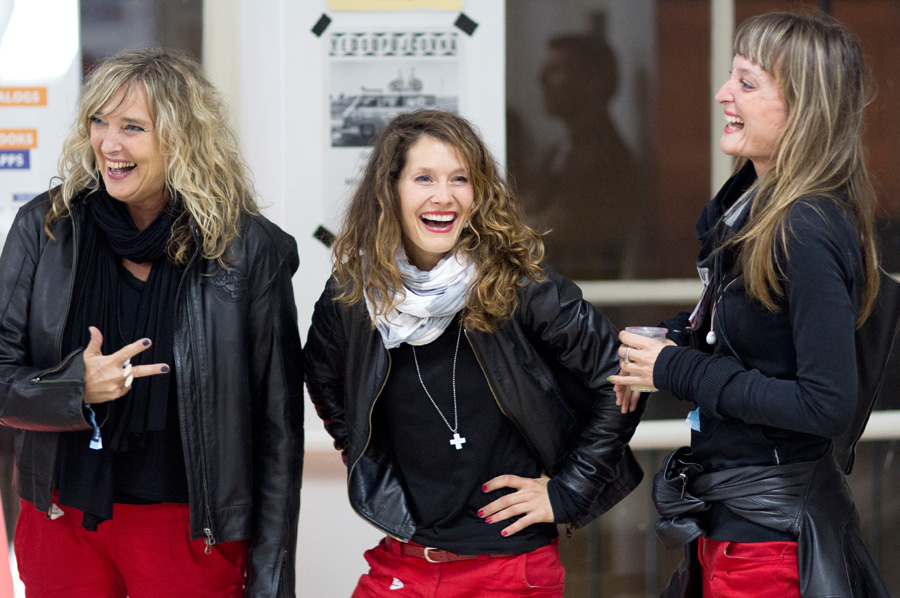 The spontaneous reaction of Daniela Zbytovská, Barbora Seidlová and Nikola Zbytovská from the MALEhRY theatre, who received the nomination for Best Children's book 2014. 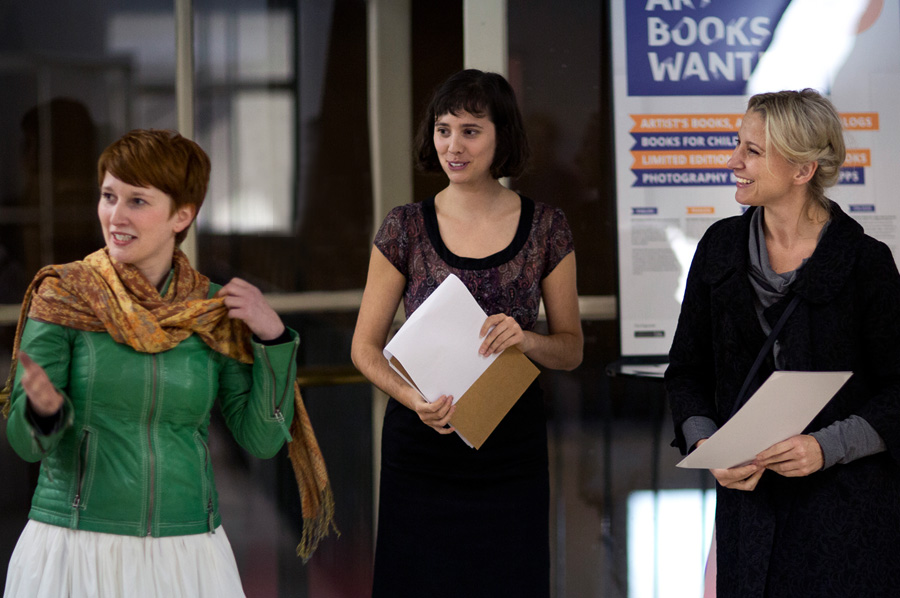 Initiator of ABW Award Ludmila Favardin was presenting the awarded and nominated authors, on the photo with Barbora Baronová (on the left) and Dita Pepe (on the right) who were awarded Best photography book 2014. 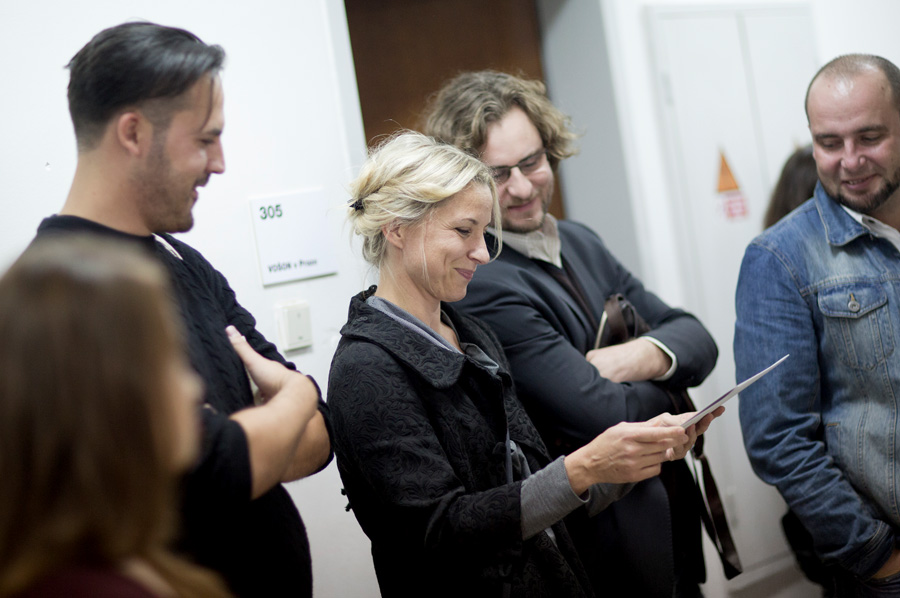 Dita Pepe with collaborators looking happy about their award. 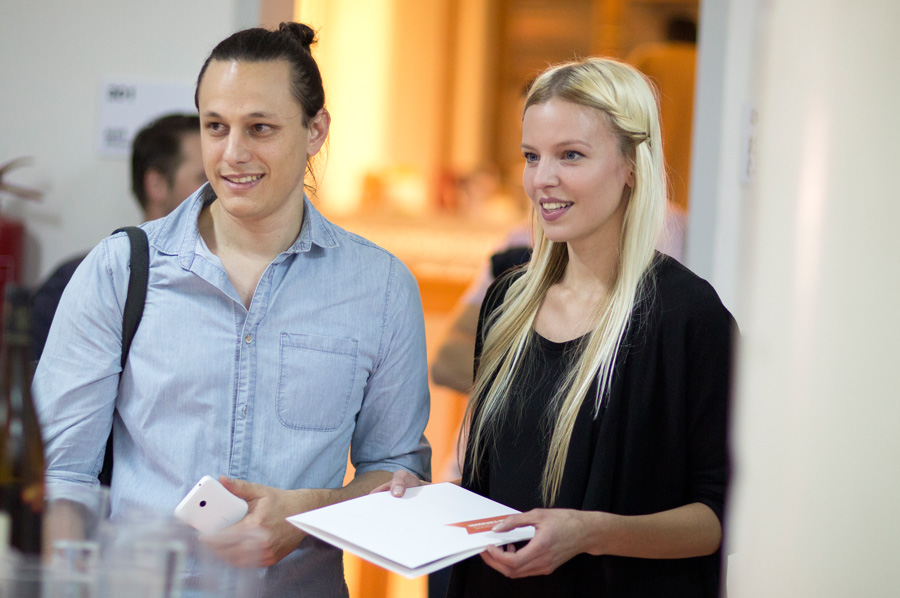 Sarah Matuszewski came from Germany to recive her Honorable mention. 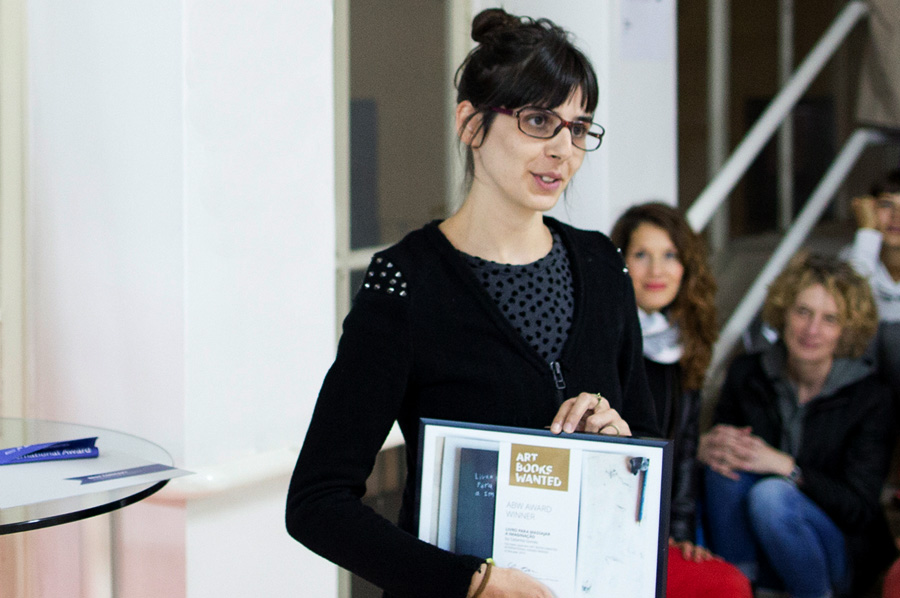 Catarina Gomes was the total winer of ART BOOKS WANTED International Award in 2014 and recived the main prize 1000 € from edition lidu. 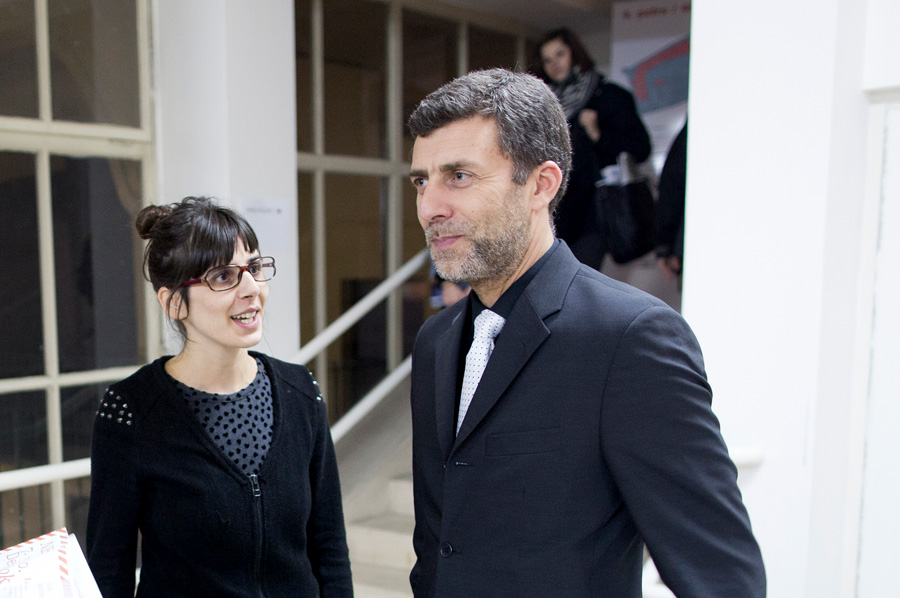 Dr. Joaquim Ramos (Director of the Portuguese Cultural Institute Camões in Prague) joined us for this special occassion to gave the Award diploma to the ABW Award total Winner Catarina Gomes.