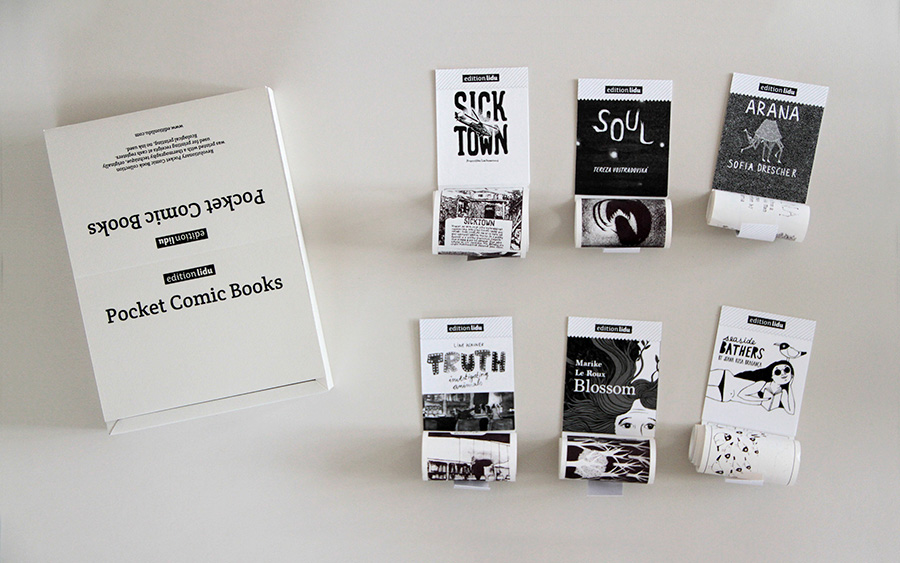 EDITION LIDU brings unique and revolutionary concept of black and white Pocket Comic Books. Comics strips are printed with a Thermography technique, originally used for printing receipts at cash registers, and rolled up by hand in Prague by edition lidu. Each comics has a different length, the longest measures 5,04 m when unrolled and offers a playful experience to readers and all comics lovers. Read more about this innovative editorial concept that brings a revolution in the book reading - you can enjoy reading few metres long comic strip and roll it up back again into your pocket. 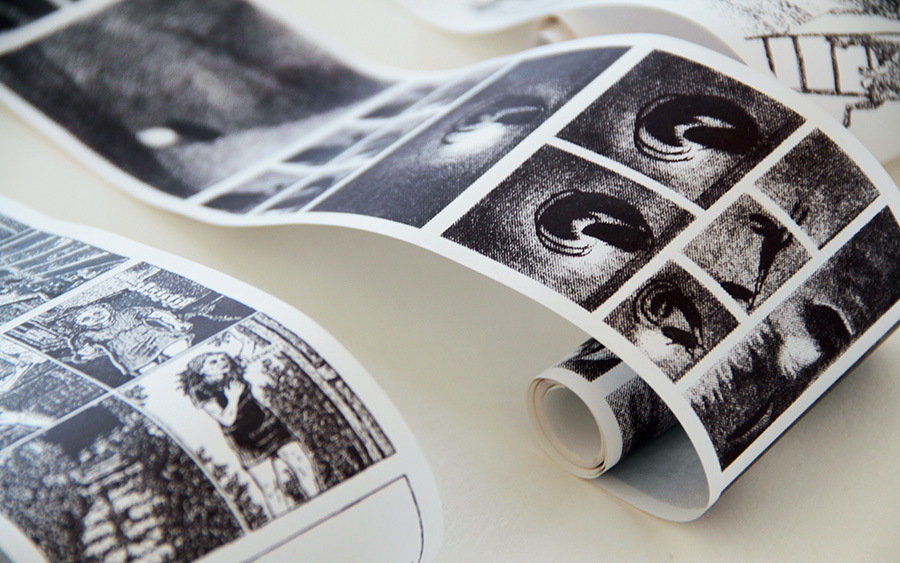 The original concept came in 2013 when Ludmila & Sylvain Favardin, visual artists and founders of EDITION LIDU were working out a new system of POS (point of sale) payment for edition lidu to spent less time on administrative work and more time on the creative process. Ludmila & Sylvain had the idea to create and print almost infinite books with a completely new technique, at least new for printing books. They started to experiment with POS printers, originally used for printing receipts at cash registers. Instead of printing receipts with prices, they investigated all posibilites that the Termography printer can offer. Many ideas came quickly into mind, one of them was to create a collection of Pocket Comic Books with various artists and illustrators.

Each comics is packed individually, however the collection comes also in a beautiful cardboard BOX, designed for collectors, design shops, stationary stores and bookshops, that will enjoy to use the box as a display. The box includes 30 copies of Pocket comic books, 5 pieces of each of 6 different stories and visual styles. Check the collection in our online shop. 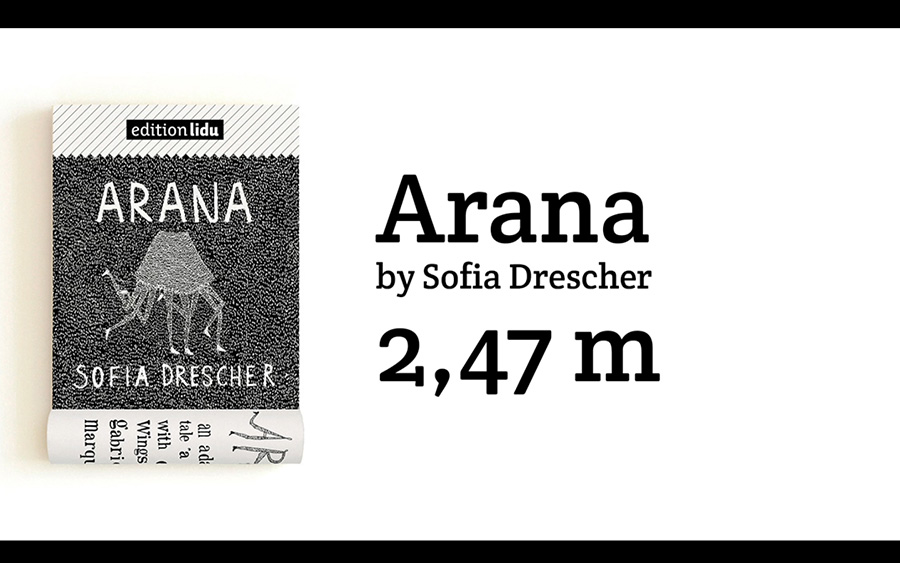 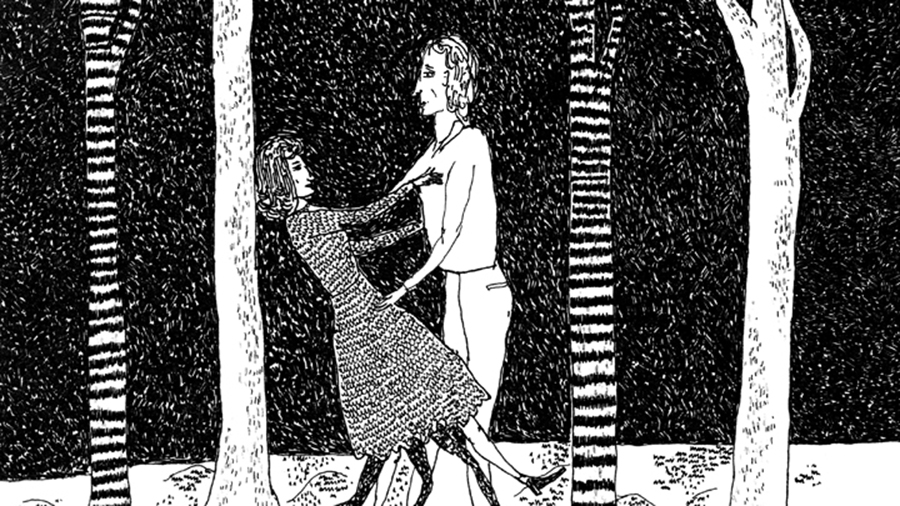 Detail of the illustration by Sofia Drescher (London, UK) 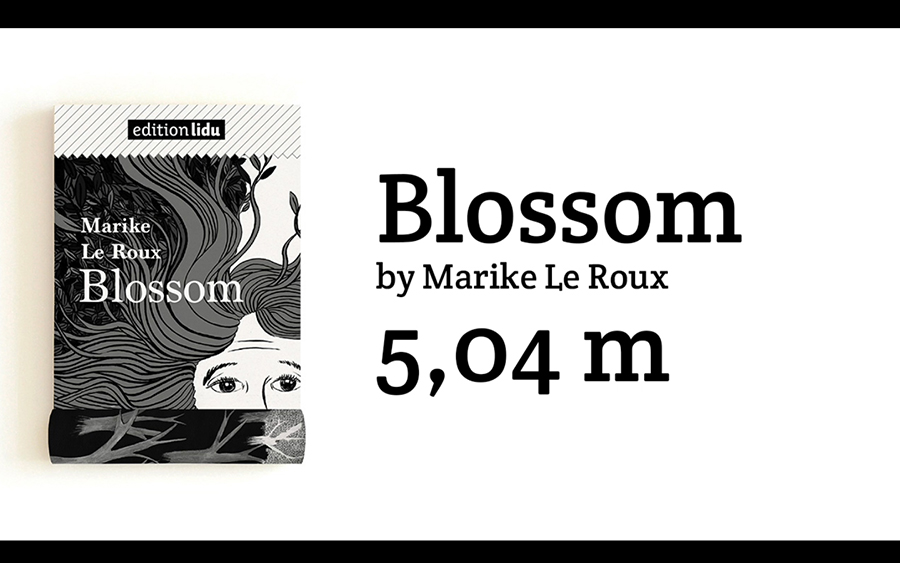 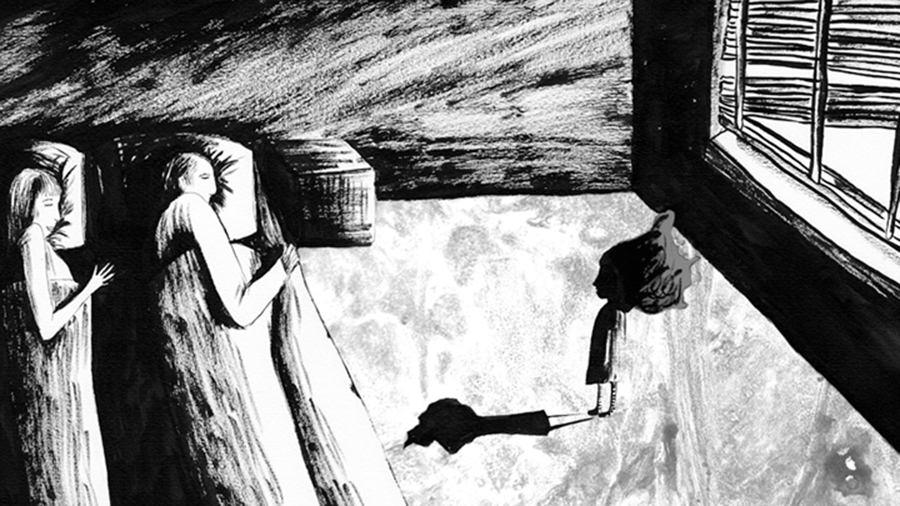 Detail of the illustration by Marike Le Roux (South Africa) 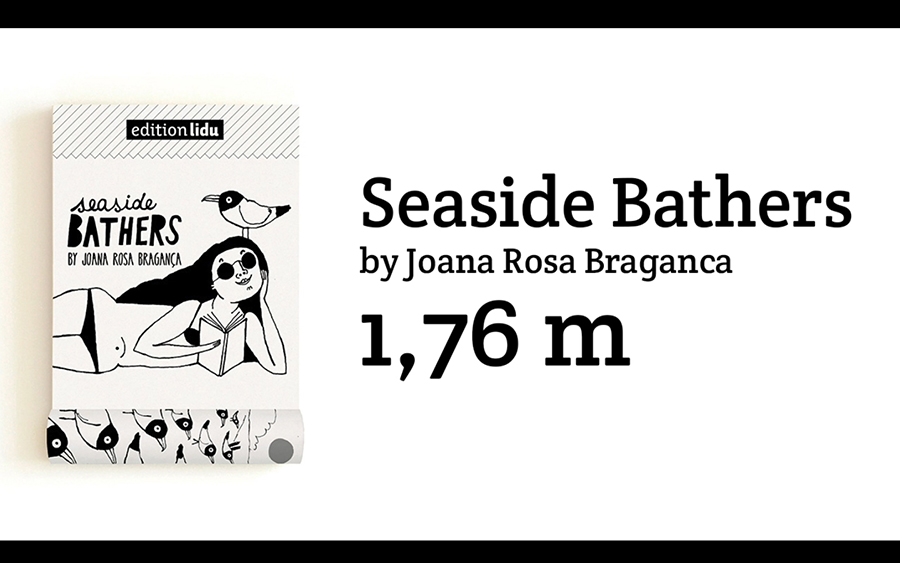 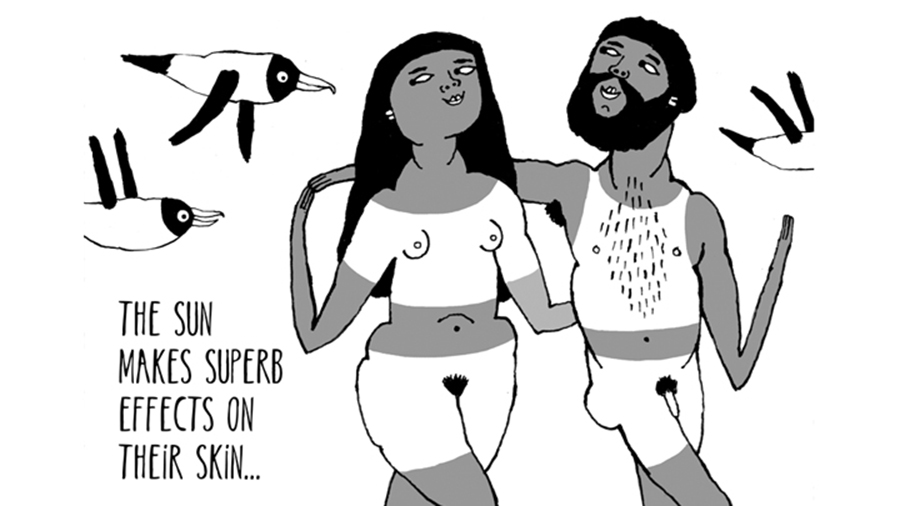 Detail of the illustration by Joana Rosa Braganca (Portugal) 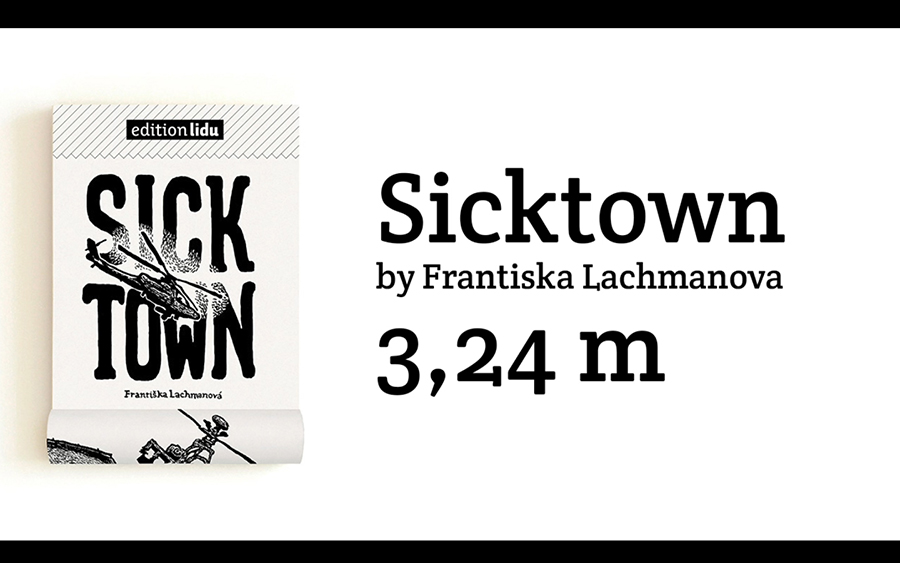 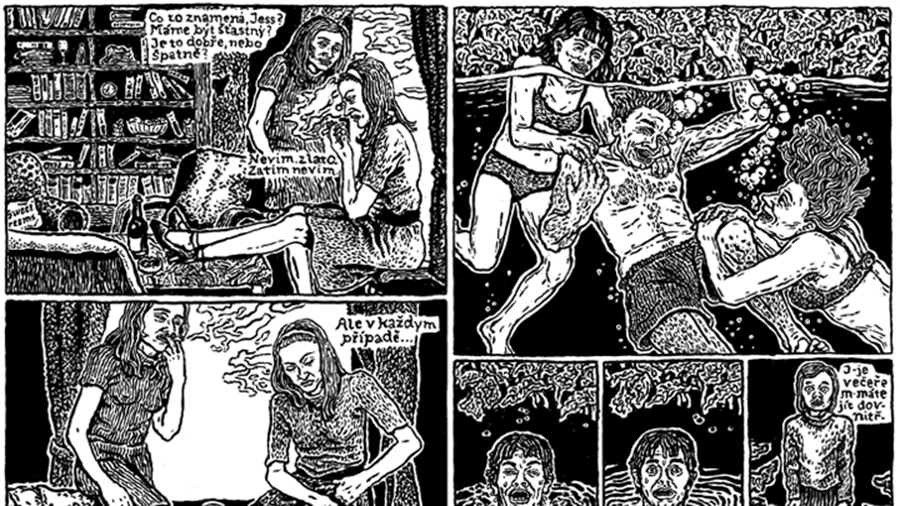 Detail of the illustration by Františka Lachmanová (Prague, Czech Republic) 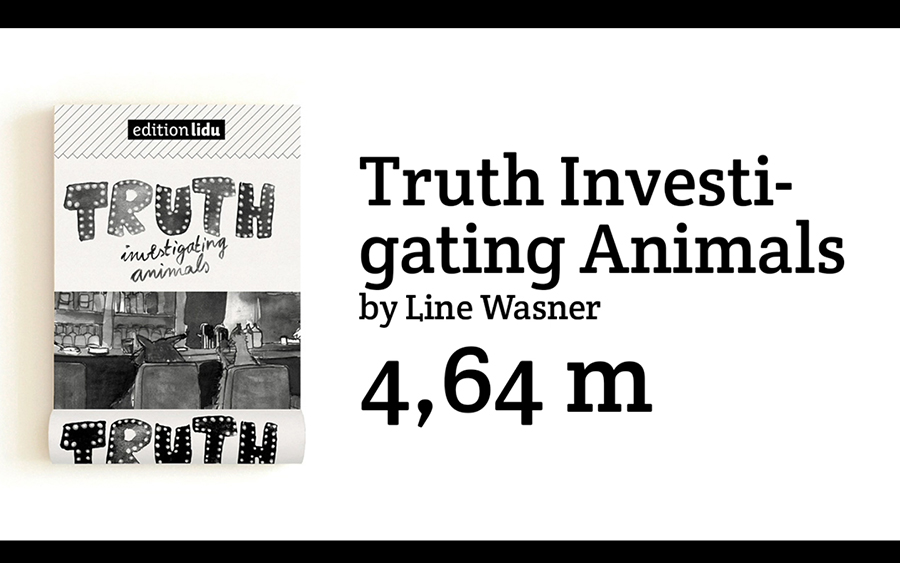 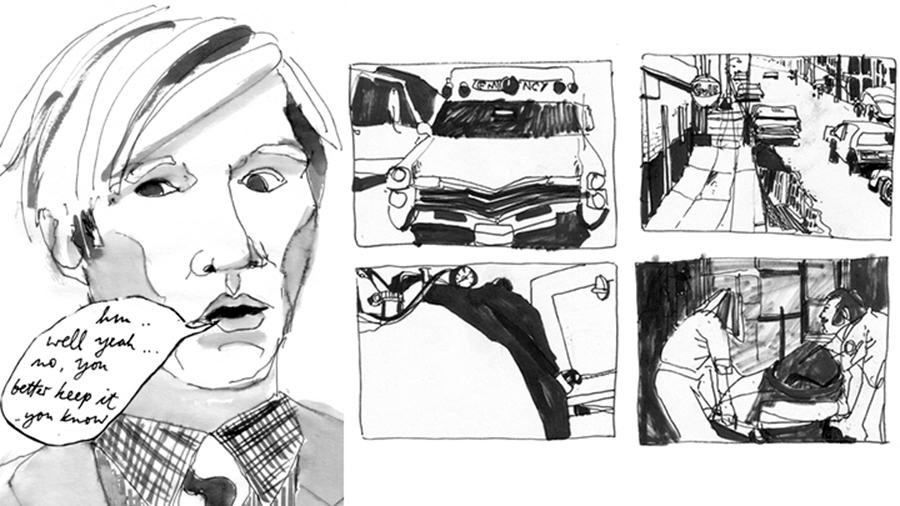 Detail of the illustration by Line Wasner (Berlin, Germany) 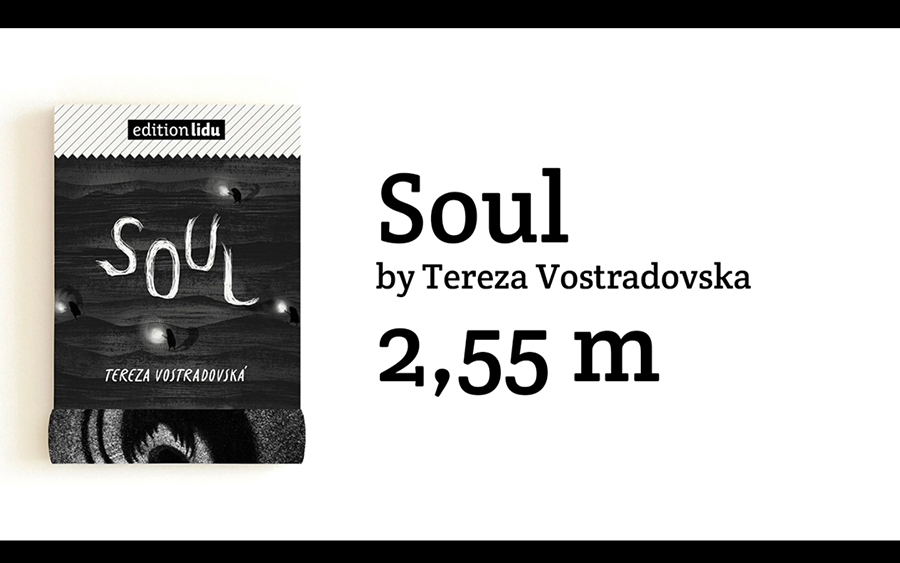 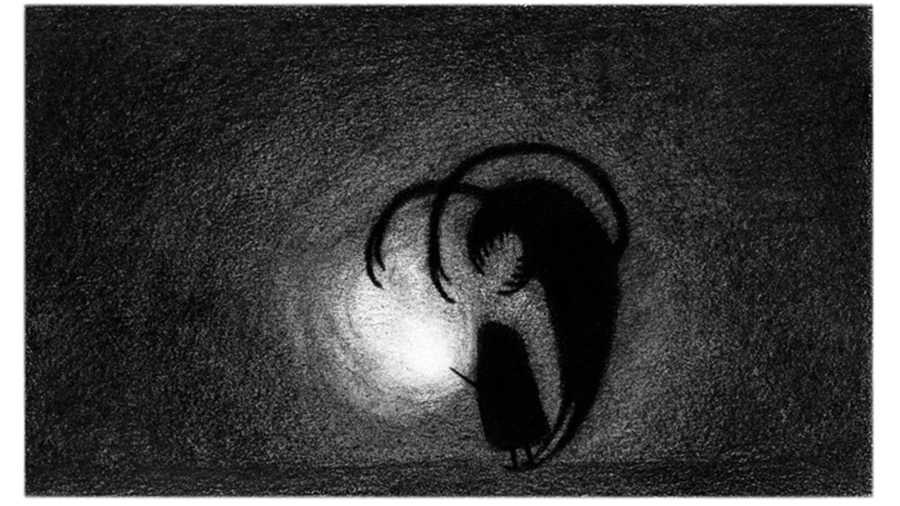 Detail of the illustration by Tereza Vostradovská (Prague, Czech Republic)

Artists Ludmila & Sylvain Favardin developed this idea especially for EDITION LIDU. The important part of the new concept is that no ink is used to print these books, that makes this printing proces very enviromentaly friendly. While experimenting with the technique, another ideas came quickly into mind, one of them was to create a live event where the visitors are the authors of the Longest Live Printed Book in the World. EDITION LIDU organized the first Workshop during Milan Design Week in April 2014. During 3 days of the exhibition and workshop, artists, designers, children and curious adults were drawing their illustrations to become part of the Longest Book. Check the video of the Longest Book here.

Another event followed at the international comics festival KomiksFEST in November 2014 in Prague, where EDITION LIDU also created a special installation at the exhibition space Meet Factory. Check the photos from the exhibition here.

You can order your copies of Pocket Comic Books now here