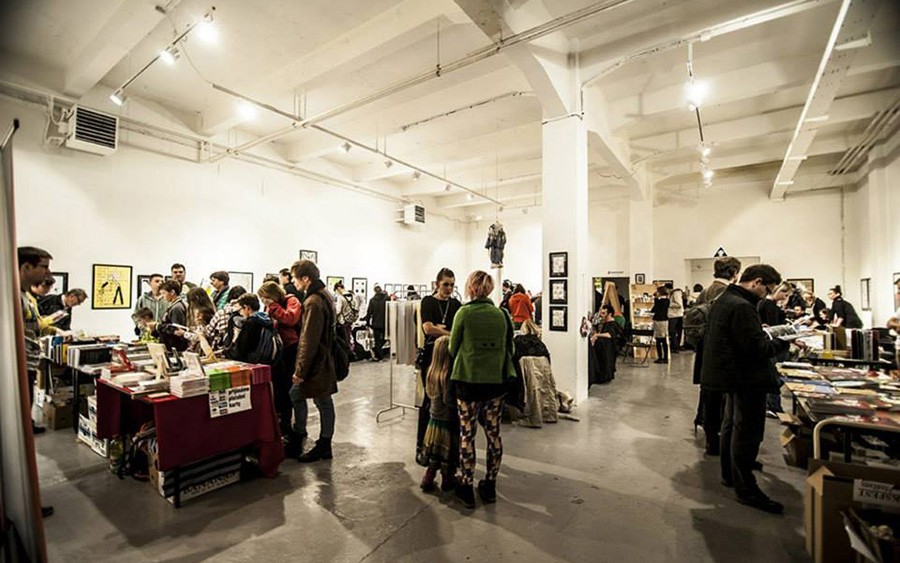 In the last week of October and beggining of November Prague is full of Comics thanks to multimedia festival KomiksFEST! edition lidu is proud to be the partner of the event this year (2014). Exhibitions, talks and booksignings happens in the whole city of Prague, but the biggest movement was prepared for the Comics Saturday with comic and art book editors, workshops, panel discussions with international comic guests and many more. For this occassion we had the opportunity to present our revolutionary editorial concept Pocket Comic Books Collection Vol. 01, Ludmila Favardin have created the installation of our Pocket Comics at the exhibition space Meet Factory. And becouse of the main motto of the festival Comics Unlimited, edition lidu could not resist to organize a site specific workshop The Longest Live Printed Comics. 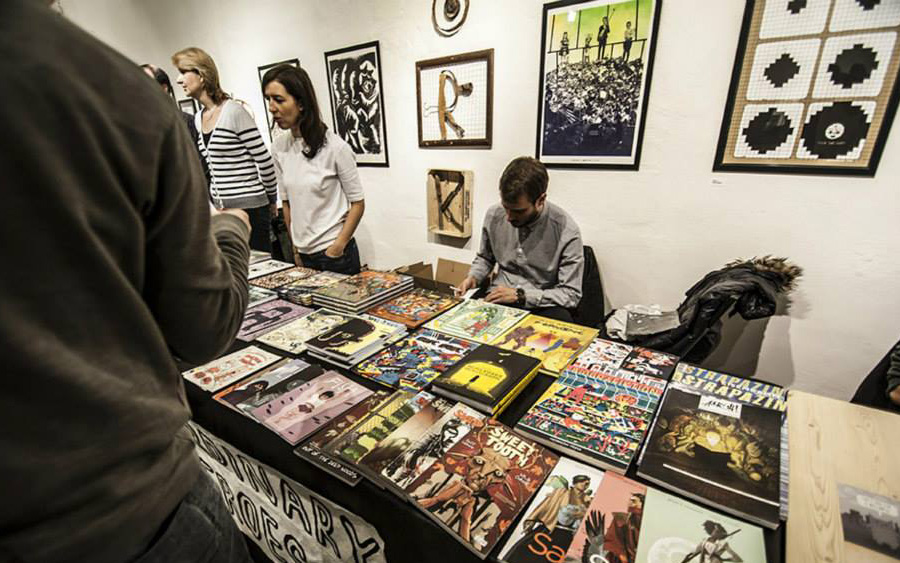 Komiks KomiksFEST! is an international multimedia festival created in 2006 when its aim was to bring Czech comics from the underground and establish it as a full modern media which is able to carry any content. We can confirm that the goal of festivals´s founders Joachim Dvořák and Tomáš Hibi Matějíček was fullfilled.
KomiksFEST! is organised by Labyrint Revue and Seqence o.s. and it presents every year new books, exhibitions, films, theatre performances, book signings and discussions. The 9th year of the festival, many international guest accpeted the invitation such as Alex Maleev (USA/BG), Dominique Goblet (BE), Anton Staykov (BG) Stripburger (SLO), kuš! komikss (LV) or Kutikuti (FIN). Check the Comics Saturday in photos. 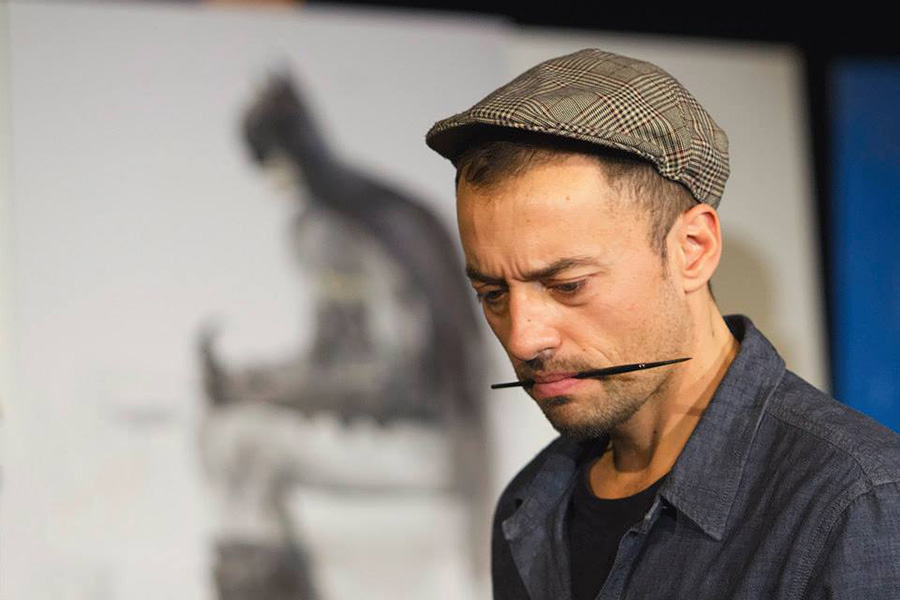 Alex Maleev (BG/USA) (1971) was the guest of honour of this year´s KomiksFEST!. Alex Maleev is a Bulgarian artist who broke through in an American superhero comics magazine. He studied graphic technique in Sofia and has became successful in the USA with his album The Crow and series Sam and Twitch and Daredevil. He created both series in collaboration with the comic book writer Brian Michael Bendis. Maleev combines a precise approach to drawing and an aggressive expressionism with the look of a scratched film tape. The groundbreaking Daredevil has already been published in four Omnibuses in the Czech Republic. The Crow: Dead Time is being published now in October. 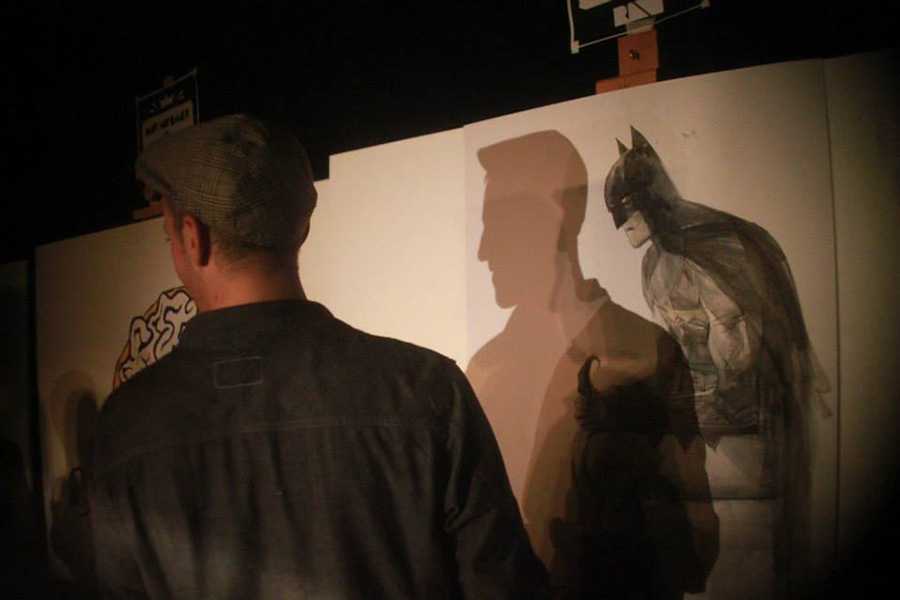 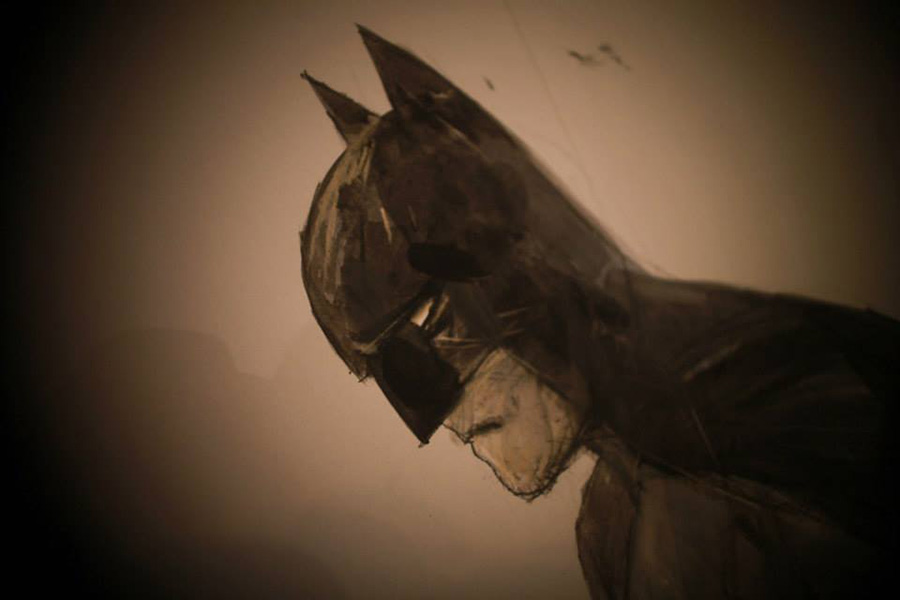 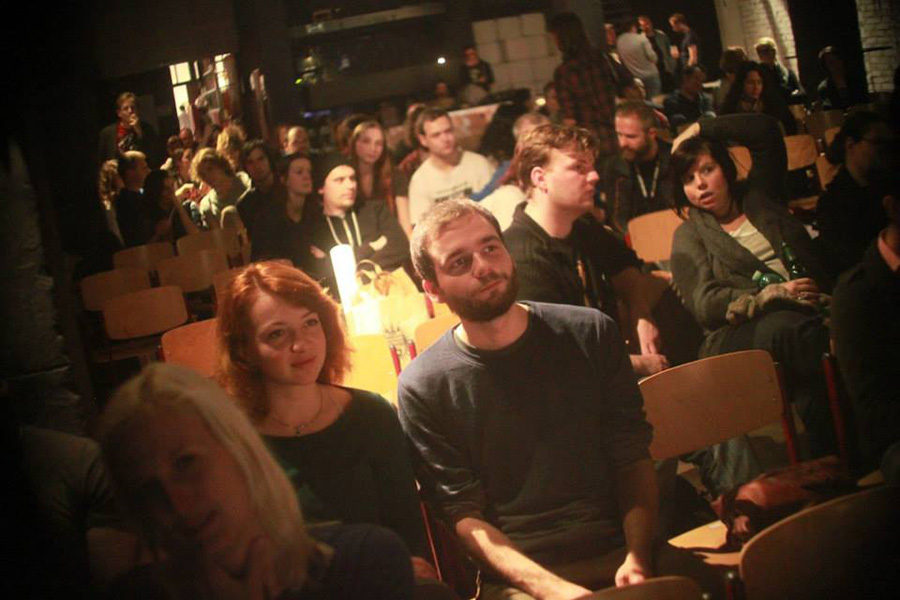 Many people followed talks during the Comics Saturday at Meet Factory 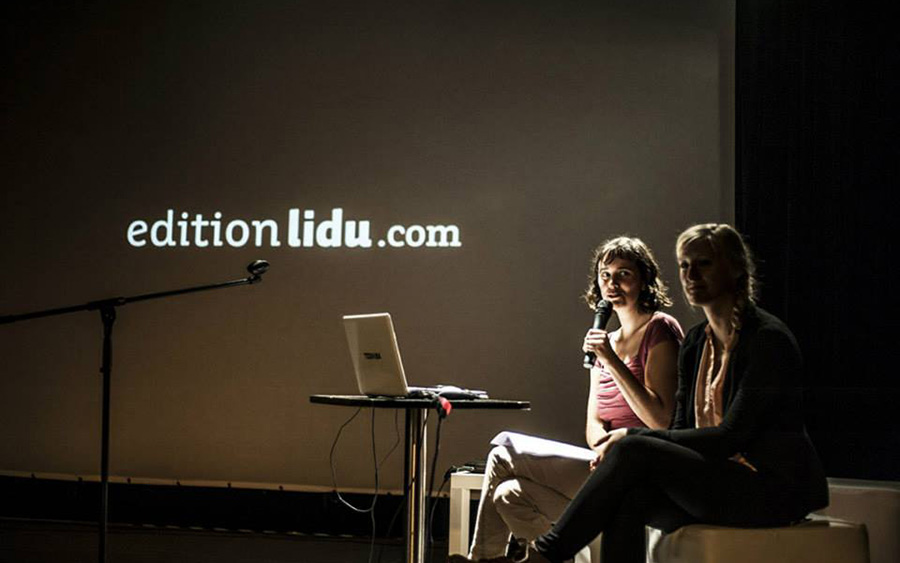 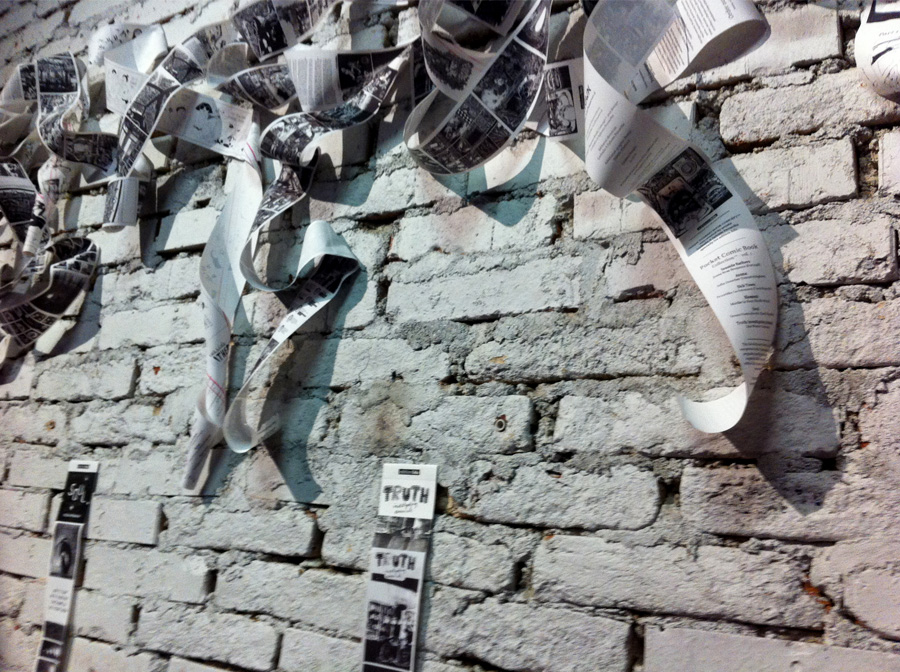 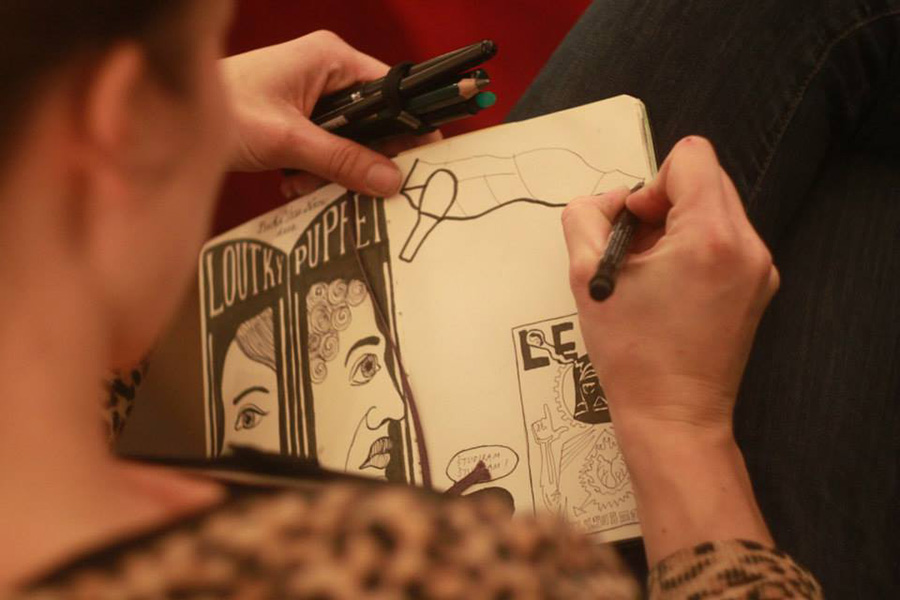 Many workshops had happened during the day, comic editors, artists and fans were drawing everywhere 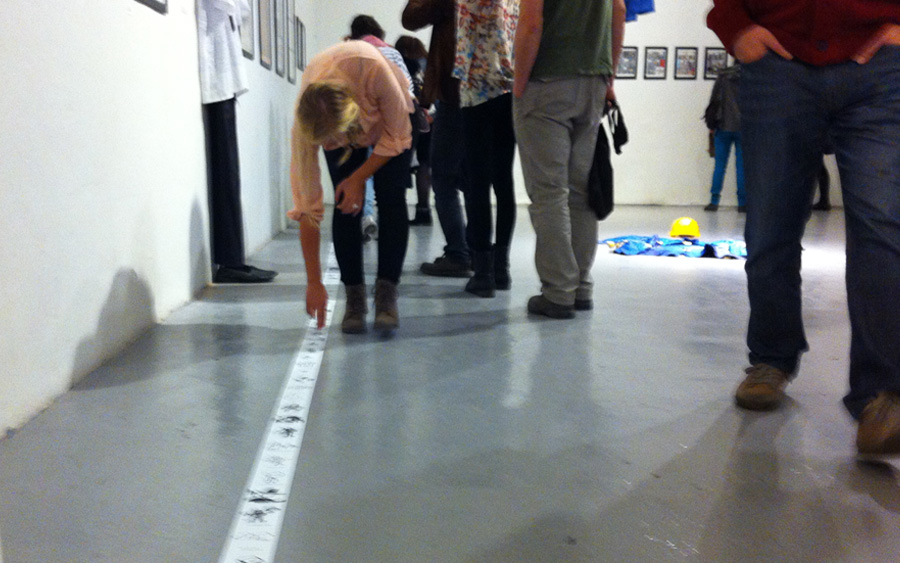 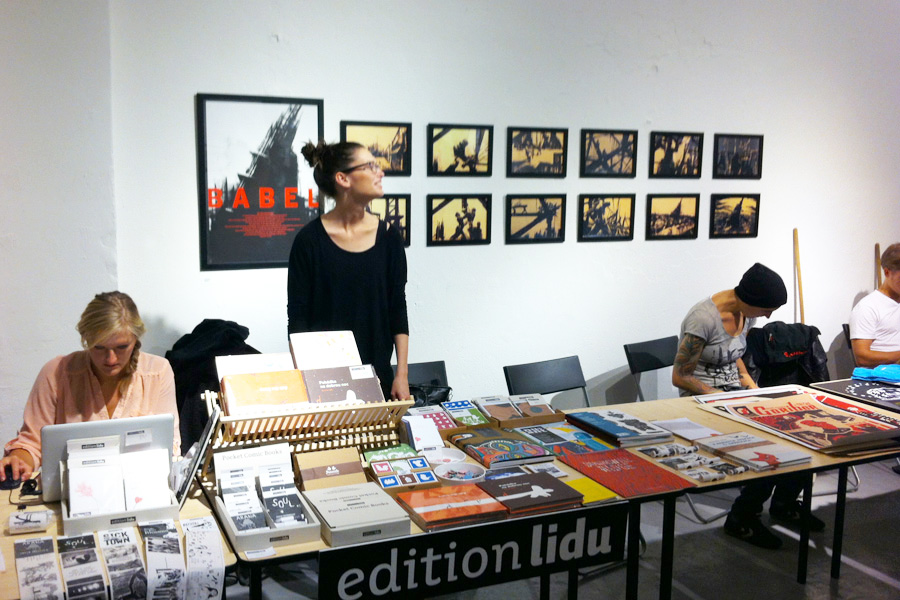 Many editors came to Komiksfest to present their new releases 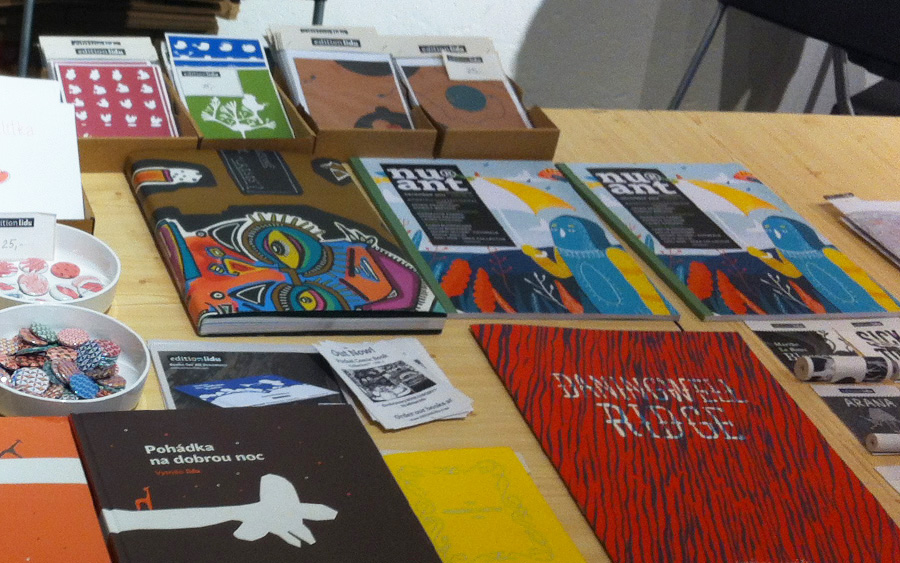